Our world class resort is stuffed with outstanding runs and the reds around the tree line resorts of Morzine-Les Gets include some of our favourites!

Also known as “the run down the back of Mont Chery” – this sweeping red has many points going for it. Notably a much quieter mountainside than its neighbour in Les Gets, you can often find fresh tracks on this side for longer. The red starts on the plateau after the chairlift, offering epic 360 views, then drops casually but thrillingly into a wide, tree lined sweeping piste that elegantly corners several times before banking down to the Chery Nord chairlift. If you are feeling peckish you could avoid the final bank to the left and instead carry on ahead. This will take you onto the bottom of the black run where you can drop into the Chanterelle for its slow cooked lunches and sunny terrace – or grab that chairlift back up to the top and whizz down to the Grand Ourse for their excellent menu of mountain classics.

The Tulipe runs down from the top of Le Ranfoilly peak at 1826m which affords more stunning views over to Switzerland or through to Mont Blanc. On a good clear day you can see for hundreds of miles. Don’t be too distracted though, the Tulipe is waiting to be conquered and those who love to glide, the Tulipe has some sections that are simply serene. The occasional drop off will exhilarate you and as you come cruising into the Les Gets Bowl your first breathless words will be – “Again?”

The red run from the top of Chamossiere at 2002m is a wide, whole mountain-face run, you’ll feel like you are on the edge of the world and no-one can touch you by the time you reach the bottom. Another great one for fresh tracks, the Chamossiere secteur isn’t accessed as early on as some of the other secteurs, so head over early and get that epic fresh corduroy before the crowds do. An essential coffee and vin chaud stop is a wee hut right at the bottom of the run to refuel and carry on.

At the top of Pointe du Nyon you are at 2019m, the highest point on this side of the resort, so again you are spoiled for the best views in Europe! The Aigile Rouge starts quite gnarly, when it’s icy it can be a wee bit challenging but stick with it. The first section is narrow and corners regularly so one for confident skiers only but once you are round the first few turns it opens out. You’ll get the most fantastic view down into Morzine town from here, so it feels like you are on top of the world! There are various options toward the bottom – you could head back to the lift and lap it again, stop for coffee at the Pointe du Nyon Resturant or Inferno or bank left and down into the Troncs bowl and head off on a further adventure.

A real hidden gem, this run is often empty, even at half term as most people head up the Chavanes Express and lap the bowl or head over to Morzine/Nyon. Taking the Grain D’Ors lift you traverse parts of Renardiere (Blue) and Vorosses (Blue) before heading left down the Melezes. The epitomy of a tree lined run, it’s the perfect width for carving back and forth without a care, feeling the crisp fresh snow under your ski. This is a great red run for beginners to reds, it has just enough speed and pitch to get you used to a more challenging environment but it’s not scary at all and will gently break you in. The last drop down to the Perriers chairlift is probably the hardest bit but again it’s super wide and minimal traffic. Looking for a fabulous slap up lunch or afternoon tea? Instead of taking the Perriers lift at the bottom – grab the La Turche drag and jump off it early when you see La Paika on the left. I cannot tell you how good their cakes look! 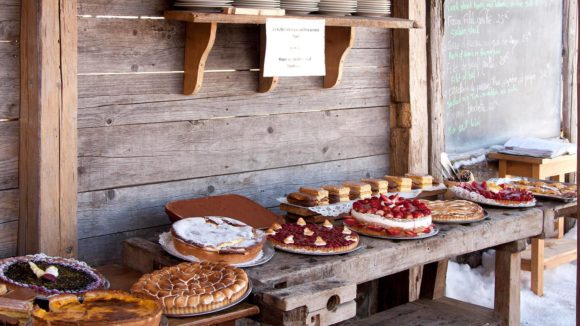