What the new Pleney Lift should look like soon……… 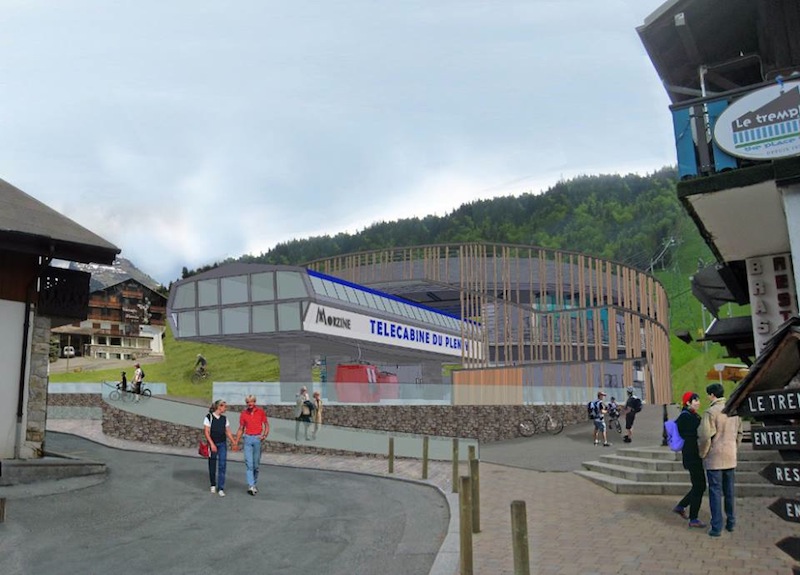 The building of the New Pleney lift system, started on the 29th  April of this year, a mere week after the building permit and never ending paperwork had been signed.  A project that had been a long time in planning but was necessary to conform with the ever changing and more demanding security normes.    Everything had to be taken down completely, including the existing cables, cable cars and even the old lift foundations to conform with even more demanding ecological constraints.   The actual buildings that housed the lifts were then taken down.  Unfortunately at the top of the Pleney, a fire destroyed the previous building on the 8th May. However, this didn’t stop the building work and they were able to move on quite quickly at the top.   The new exit at the top of the Pleney lift system, will be further up than before, NO STAIRS, so straight out onto the pistes…much better and far easier for everyone, especially parents carrying childrens skis.   At the bottom of the Pleney, the dismantling of the building took longer due to the discovery of lead in certain areas.  The last walls came down in July.  However, they quickly got on with the new ones, laying foundations and cement in the same month.  August was a busy month getting the new pylons in place for the cable car up the slope  and taking down the old ones.  Work is continuing to bring the new lift system into action for the beginning of the season.  It was regrettable that the lift was out of action for the summer months, but as you can see, this was totally necessary, given the amount of work involved.

The new cable car for Morzine was chosen on 3 criterias – comfort, security and the number of passengers that could be carried in the shortest space of time.   The new Morzine lift system will have 54 cable cars, each carrying 10 people, increasing the capacity of the cable car system from carrying 1700 people  to 3000 per hour.  Regular visitors to Morzine can see how much this new system will  help just on these figures, especially ski guests visiting at  busy times such as half term and new year .  The seats in the new cable car will be adjustable so that our mountain bike visitors in summer will be well catered for – the mountain bikes will be able to go inside!!

With the creation of all this and the fact that it is all accessible from ground level, this has had an impact on the parking facilities at the Pleney.  The entrances and exits will be slightly different but with easier access  for cars and easier access for users of the little train that circulates between the Pleney and the Super Morzine lift.

So what does it look like at the moment ?  A few photos here, but to see the  full gallery refer to our facebook page 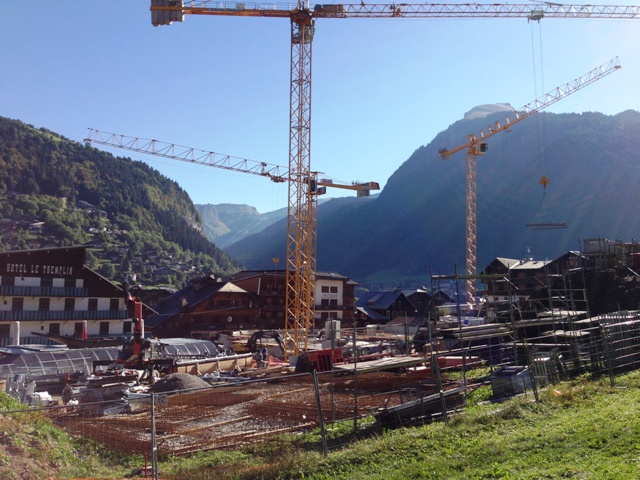 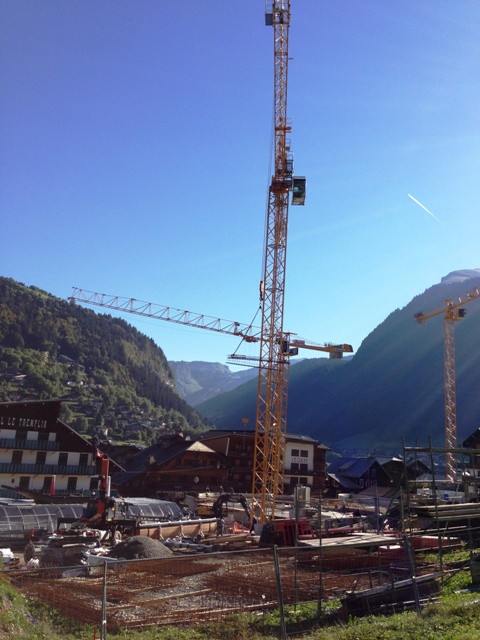